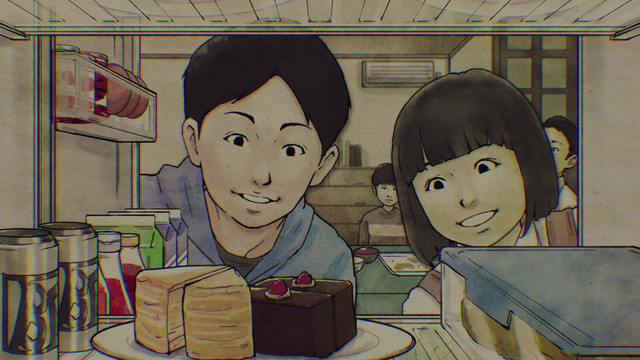 Well, this was new. Unless my memory is failing me, I believe this might be the first time that we get the story from a third party, an outsider in a way, that isn’t directly involved with the situation. It was done in kind of a ridiculous fashion, but I guess that’s to be expected of this series, to be honest. Sometimes they just do things that make absolutely no sense at all.

This was probably one of the more confusing stories of this season, too.

-What was the “this is the only way” part about?

-What had happened to the little brother? Had he died or had he been killed?

-Was the meat that was put into the fridge his chopped up body? But why was it “familiar” and “warm”? Was the fridge being possessed by the little brother’s soul and the fact that it was his body parts being put inside the reason why it felt familiar to him?

-Was the little brother actually just a ghost possessing everyone to kill each other? I mean, he was the last one to vanish.

-What happened to the dad? Were the body parts his and the little boy was never alive at all?

I don’t know. I’m confused. All I know is that their facial expressions at the end weren’t ones of happiness like the fridge was commenting on, but ones of insanity. I’ve seen enough anime to know better.

Even though I didn’t understand this one too well, I know I felt sad, which is apparently a common theme for this season. I’ve felt that way on at least two or three other episodes, like the doll one and the one where the guy murdered his wife/girlfriend, for example. I thought this was supposed to be a horror series, not one that made you feel bad for the characters. Talk about misleading.

Also, the contradiction of the innocent, child-like voice of the fridge with the dark colors that started to plague the house and family the more time passed was very well done. It added an uncomfortable atmosphere that hasn’t really been present all too much this season. As confusing as this episode was, I actually didn’t hate it.

Well, it looks like we’re just about done with our short series this time around. All I need now is to write up an overall review for this season and I can close the chapter on this one, so please look forward to that. I should have that done by tomorrow as a pre-Halloween post. See y’all.