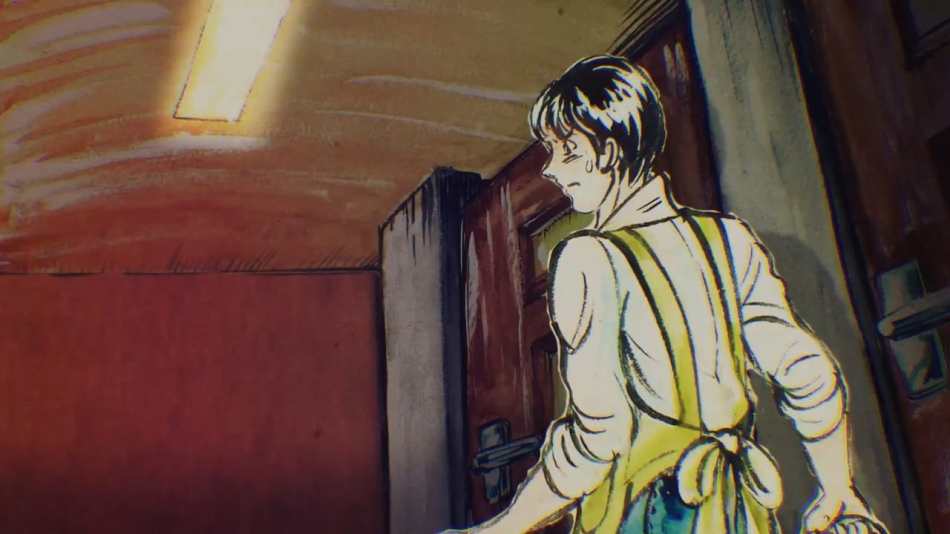 This was so dumb. First, they just regressed to the gross art once again. The last episode was such eye candy for this series and they suddenly did a 180 and it immediately killed the episode for me. I’m not picky when it comes to animation, but my God is it hard to go from one end of the spectrum to another in only four minutes. It looked choppy and rather half-assed. I’m wondering if each episode has different artists? Or do they just pull a piece of paper out of a hat that says “good” or “bad” for the art and they just roll with whatever they pick?

Second, what the hell was with that story? The buildup was nearly non-existent since it takes half of the episode for the guy to hear the story and then immediately ends up being face-to-face with the ghost lady. I genuinely don’t even remember how he ends up in the booth. I finished this episode moments ago, so that’s sad. I just recall the guy beginning to tell him this story of this woman that always asked for Booth 80 and then I started paying attention again when he was already in the booth. There was no tension or sense of urgency. He just starts panicking out of nowhere and I think that threw me off.

The ghost lady seemed to be really obsessed with making sure this guy knew how much her earrings had cost. Why? What purpose did that serve the story or even the atmosphere at all? Apparently, the woman died in an accident, but where? Outside of the manga cafe? Why else would she be ‘hauting’ this place if that wasn’t actually her earring? I mean, it was a pachinko ball, after all… And why was she missing her eyes? There’s no way in hell it was because of what she said: that she had paid for her earrings with them. That’s too ridiculous to be true.

This entire episode irritated me because nothing made sense. It’s like someone started off a sentence and a bunch of people continued to add words until they created an incoherent story that they decided to publish anyway.